A downloadable game for Windows

Electric Highways is a game that's all about experience and exploration. Everything in this game, especially visuals and music, has been created for the purpose of giving the player a certain kind of emotion. The setting takes place in a surreal, virtual world, made out of abstract 3d graphics, where the player must explore ten levels, each with an individual theme.

The year is 2072. Virtual reality has become a worldwide phenomenon, allowing people to sink into the virtual web, while experiencing isolation in real life. A VR engineer has finished his virtual reality project, but before uploading it on the web, he decides to visit it for the last time, plunging deeper into his own surreal world.

The atmosphere of the game has been inspired by early 80's electronic music (including such examples as Gary Numan and Depeche Mode), System Shock and the 1984 version of the film Metropolis. In some ways, the game is like an interactive conceptual music album, where each level is like a short song. The project features a 100% original soundtrack inspired by classic electronic music.

Disclaimer: Only play the game if you're fine with the visuals presented in trailer and screenshots. May not be suitable for people with epilepsy. You have been warned.

Use 7-Zip if you don't know how to unzip files.

Still an absolute classic I revisit every now and again. The whole aesthetic works wonders and really gets you immersed in all the little worlds. Love this inspirational game :)

played this so many years ago when i was a child and it was the only thing like it i had ever seen. now i have such a deep love for retro style and experimental video games its CRAZy. so glad i found u again best game ever thank u <3<3<3<3<3 literally transformed my 12 year old brain with this one

that was one of the best first person games I have ever played! Thanks for making this

In order set my mouse sensitivity, I edited the sensitivity line in the `settings.cfg` file.  I set mine to `2.25`, which is the same settings I use in Quake games, because the settings are relatively close.  Same for other id Tech games, or Source games like Counter Strike or Half Life.  You can also type `sensitivity 2.25` in the console, which you can access in-game by pressing the tilde "~".  The setting should be saved on exit.

In order to get rid of screen tearing I added these lines to my settings file:

The most important line here is `r_swapinterval "1"`.  This is the only line that I tried that was able to remove the screen tearing.  `GLVSync = 1` or `r_maxfps "60"` both reduced the fps to below 60, but did not eliminate tearing, either apart or used together.  However, `r_swapinterval "1"` also significantly increased mouse lag, so I added `in_mousesmoothing "0"` to remove mouse smoothing and help reduce that lag.  I believe `r_maxfps "60"` also helped to reduce mouse lag, though be aware that my monitor is 60hz, if you have a higher refresh monitor you may need to use that value instead.

I don't know if `GLVSync = 1` is doing much here, but I just leave it in because it doesn't hurt.  There's also a `GLWidescreen = 1` setting, but as far as I can tell it does nothing and can be ignored.

The settings that start with r_ or in_ can be tested while the game is running through the console.  Quotes around the numbers, when typed in the console, may be unnecessary.

It might be possible to use vsync via your video card driver settings instead.

really didn't know what to expect going into this game, but i was loving it by the end. such an eerie and bizarre atmosphere. it had excellent music as well. i think an actual 30 minute timer would have been neat and added some pressure to the game. but i also think no time limit, and experiencing the game at one's own pace is just as enjoyable. great game, excellent work.

An amazing game, I played it before it was on itch and I’ll keep playing it again and again and experiencing it as I show it to friends.

It’s simple in its gameplay, and I think in the end the message ends up impossible to decipher, but that is fine as that is not the main point. The thing I love the most about the game is its feel and tone.

I think every location in this game is utterly distinct and has wormed its way into my subconscious, even when I forget about them after extended periods of time.

I think about especially the white world and the hand drawn world all the time, in the back of my head, when I see something that looks even slightly similar to it.

There’s an unconscious, liminal quality to this game that I just can’t shake off. On the whole, it’s not scary, but it manages to haunt me and unnerve me generally when I think about it.

It touches on so many things that tickle the back of my brain - vaporwave-pre-vaporwave, PC-98 games, Build engine, early 3D renders, forgotten educational video intros, etc.

It is impossible to close this game if it breaks in fullscreen. 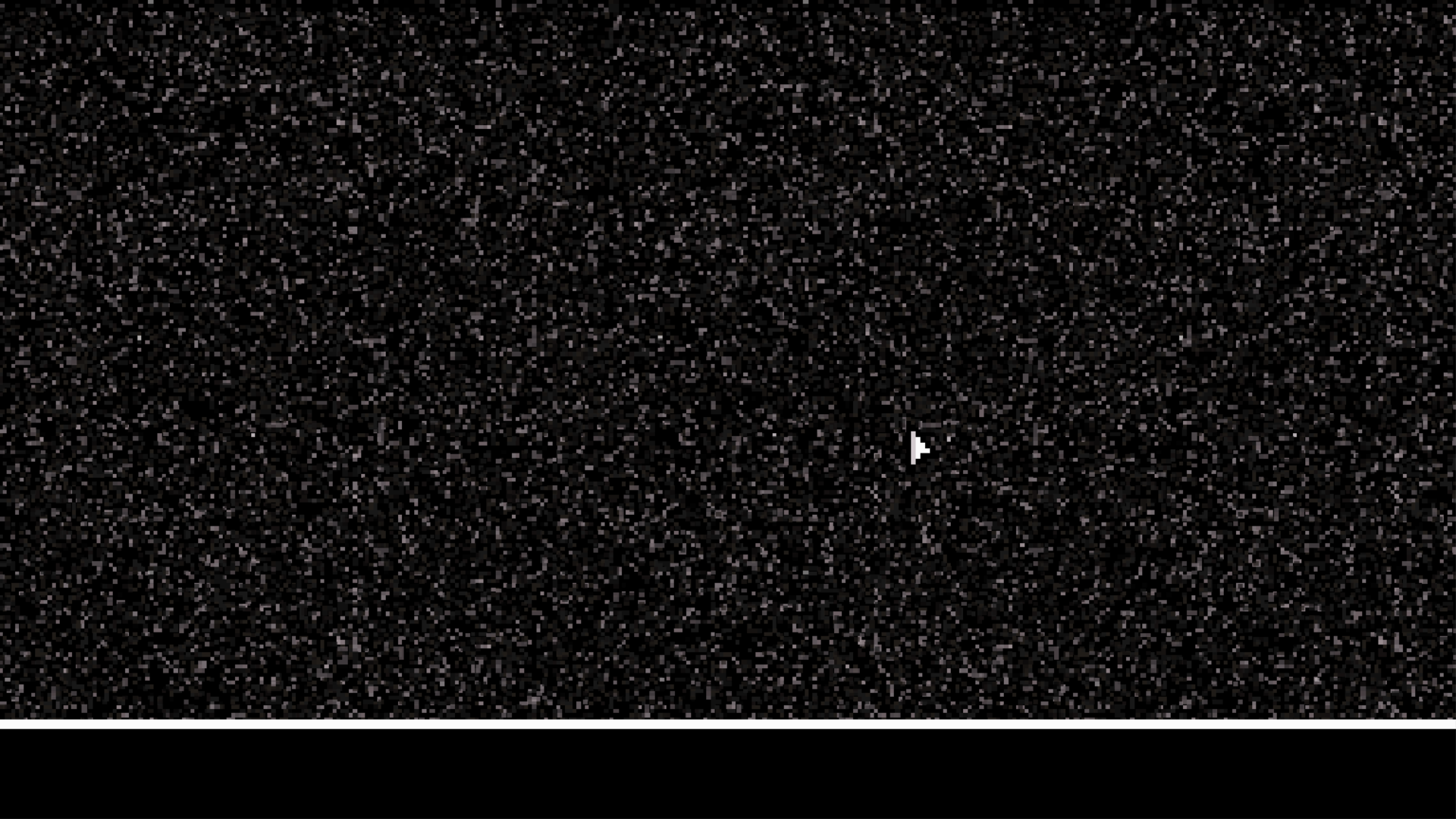 Hello. Sorry for the late reply.

Song One is Underpass by John Foxx! It took ages to find this out. Really great game altogether feel of it from beginning to end!

Nice catch!John Foxx was a big influence on the game, there are other references to his work.

It was sad how Ultravox kicked him out. He was pretty cool.

I actually think that he outdid Ultravox with Metamatic. One of my favorite electronic albums.

I was just going to comment it was underpass, then I saw it was already the top comment lol.

reminds me of to original System Shock. I found a reference to the album Blue Oyster Cult in the "hand drawn" section and a possible reference to the 1927 silent film Metropolis in the blue city area that floods after you press a button. There is a central gong on a pedestal in a courtyard that looks just like the one in this game, and gets flooded in a similar manner.

Anyone else find any references?

Here is the flood scene from the movie:

HELP does anyone know the secret codess? i only found 4

I like'd it. Yea it's kinda slow, but is its way to express the art and the game idea. The game balances this by making short levels, and very well designed may i say. The position of windows in dead ends showing the objective, a new door that just opened or path you didn't saw.

Love how there's absolutly no interaction besides the buttons and then they give you a pipe or whatever, then i started smashing everything. A well done experience.

I think that the reason this game makes difference compared to other games, is the use of the cyberpunk style.

Critically speaking, i think this game gets really boring sometimes, since i have been stuck not knowing where to go a couple of times. And then i realise it was obvious, :D

To be honest, cutscenes and the game seem cool, but the levels get really blend and boring.  I think that the level design, colors, models should change a lot more.

Like the last level seemed awesome but it was only the last one.

Even though this game is supposed to be played for like an hour, i have wasted good 5 hours playing it. While watching YouTube.

It's nice, but i would recommend more gameplay, (Since most of it is walking finding the path), and more unexpected things.

By that, i want to say that the game is really predictable, the paper level got me surprised and it reminded me of an old half-life mod.

Like even jumpscares, and things flying into you would do, even though it is an awful decision the game gets really boring. (It definitely is a nice experience if you play it for a hour, but since i got dumb i have played it for 5 hours.)

But again, it's not a bad for this game. Since stuff like that will completely ruin the game atmosphere.

There have been several intresting and surreal games that actually had memes in them. Which is extremely distasteful in my opinion. So it is ok.

Also, i think that expanding the story for this game, with characters and stuff like that will be great. Since the character design and art in the cutscenes (If original is perfect).

i really loved this!

I had no expectations going in but was immediately surprised to find that this is a Build engine title, much different than the Unity games I'm so used to seeing on itch. Then I fell in love with all the colors, the architecture, and the sounds and music especially were great - synths, but not synthwave. Just some wonderful spaces to navigate, which is my favorite type of game to play. I can't wait to see what you do next!

By the way - can I ask how you created the music for this? Is it Build's default music format or something else?

Love the title. But... Something is strange about this game. It`s not the level design, not the sound or anything like that. First: I don`t talk much about games but this... It`s, I don`t know, it`s like it slowly drives you crazy. This game is like it was made to make us to psychos. It has a pretty hypnotic feel and after time I got more and more aggressive. I think this game should be used as a weapon of the military, Mister FBI man in my PC.

Fantastic experience- an utterly unique combination of synths and virtual worlds to explore. Full thoughts below:

Electric Highways is supremely rad-- serene and haunting by turns; effervescing with that sweet cyberpunk magic. A priceless post-contemporary relic 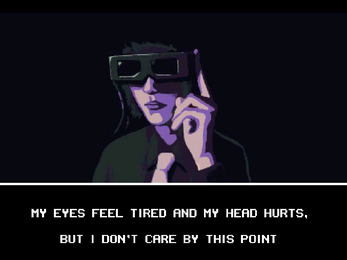 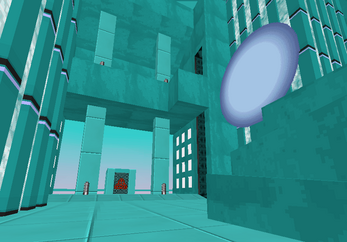